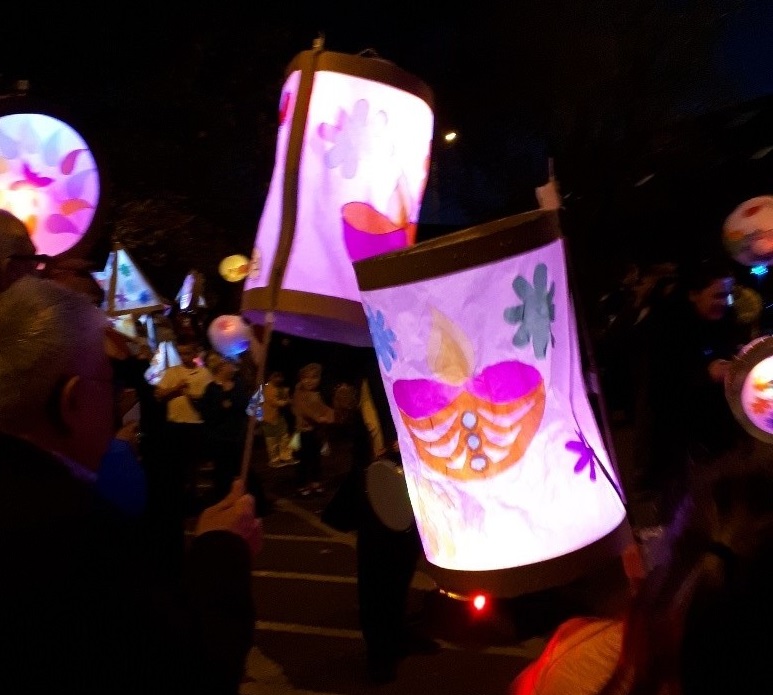 On Tuesday 6th November Patchway Festival, the Avon Indian Association and Southern Brooks Community Partnerships worked together to organise an amazing Diwali celebration for Patchway. Diwali is a Hindu festival of lights which celebrates the victory of light over darkness. The celebration included a lantern parade, free community meal and dancing. It was great to see so many local families turn out for the event and to get such positive reactions from people who came across the parade.

Local primary school children learned about Diwali in school sessions and then worked with community artists to create beautiful Diwali lanterns. Families could then collect their lanterns from Coniston Community Centre to take part in the parade which was led by a traditional Indian drummer. The lantern-parade lit up The Parade around Coniston as the procession passed around the shops and under the underpass.

The lantern-parade ended at Coniston Primary School where volunteers from Avon Indian Association cooked up a delicious Indian meal for everyone to try, including special Diwali sweets. Families at the meal were also treated to a Bollywood dancing workshop, traditional Indian dancing and henna tattoos.

Caroline Browne from Southern Brooks Community Partnerships said “A massive thank you to everyone who worked together to make this happen and to everyone who attended on the day. It was great to see so much colour and vibrancy in Coniston, and to see Hindus and those of other faiths and none coming together – I can’t wait to see what we could do next year”. 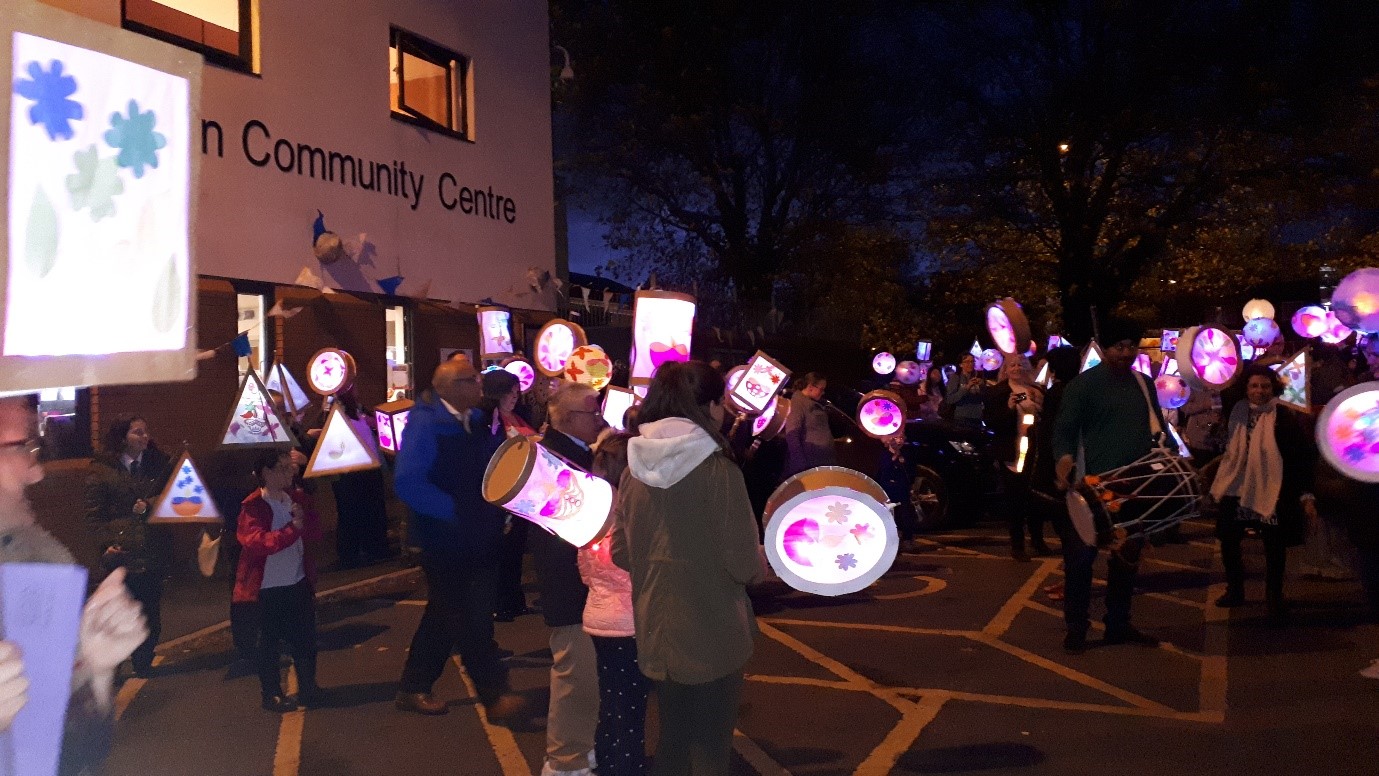 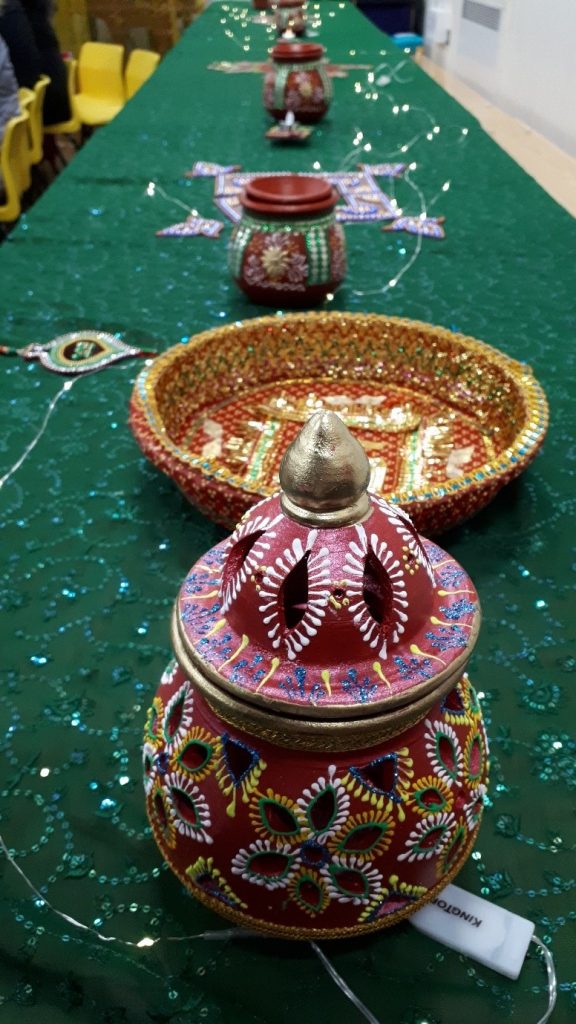 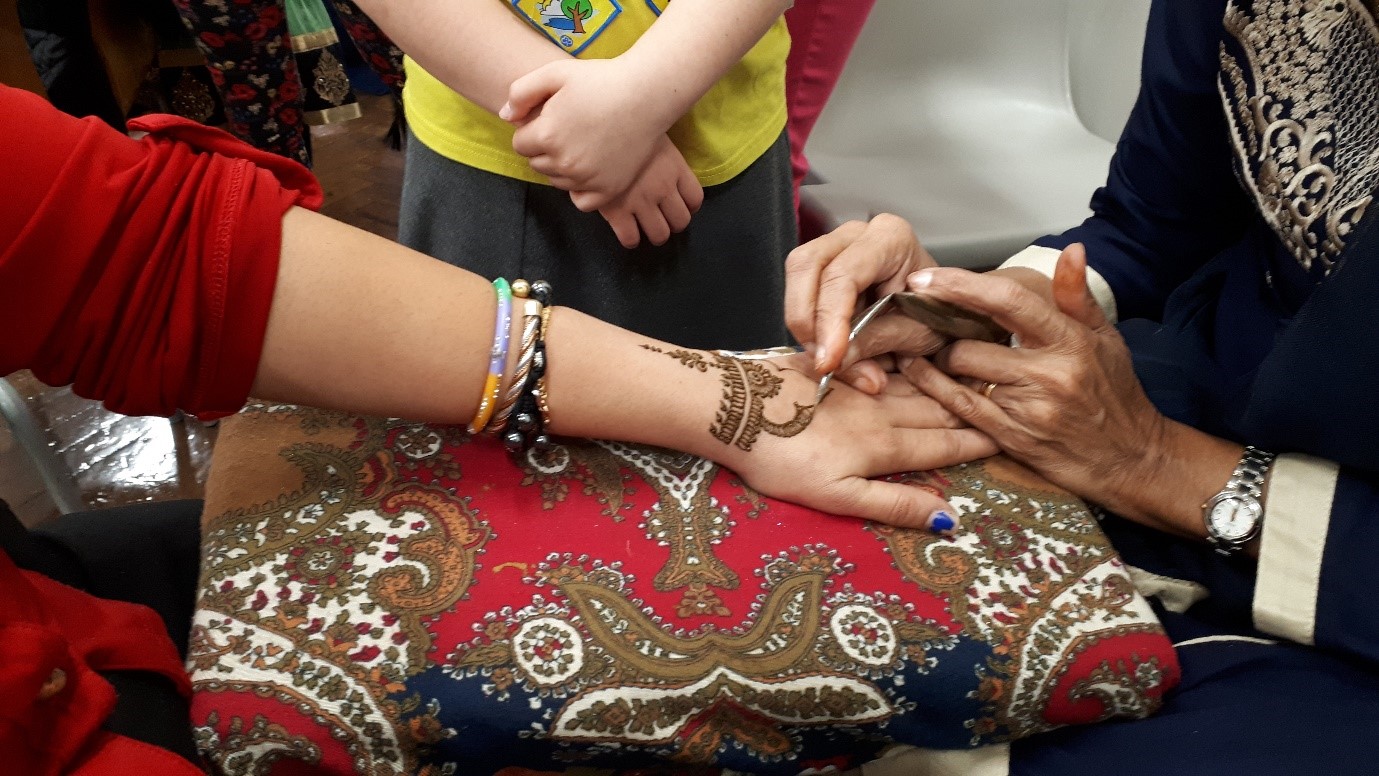