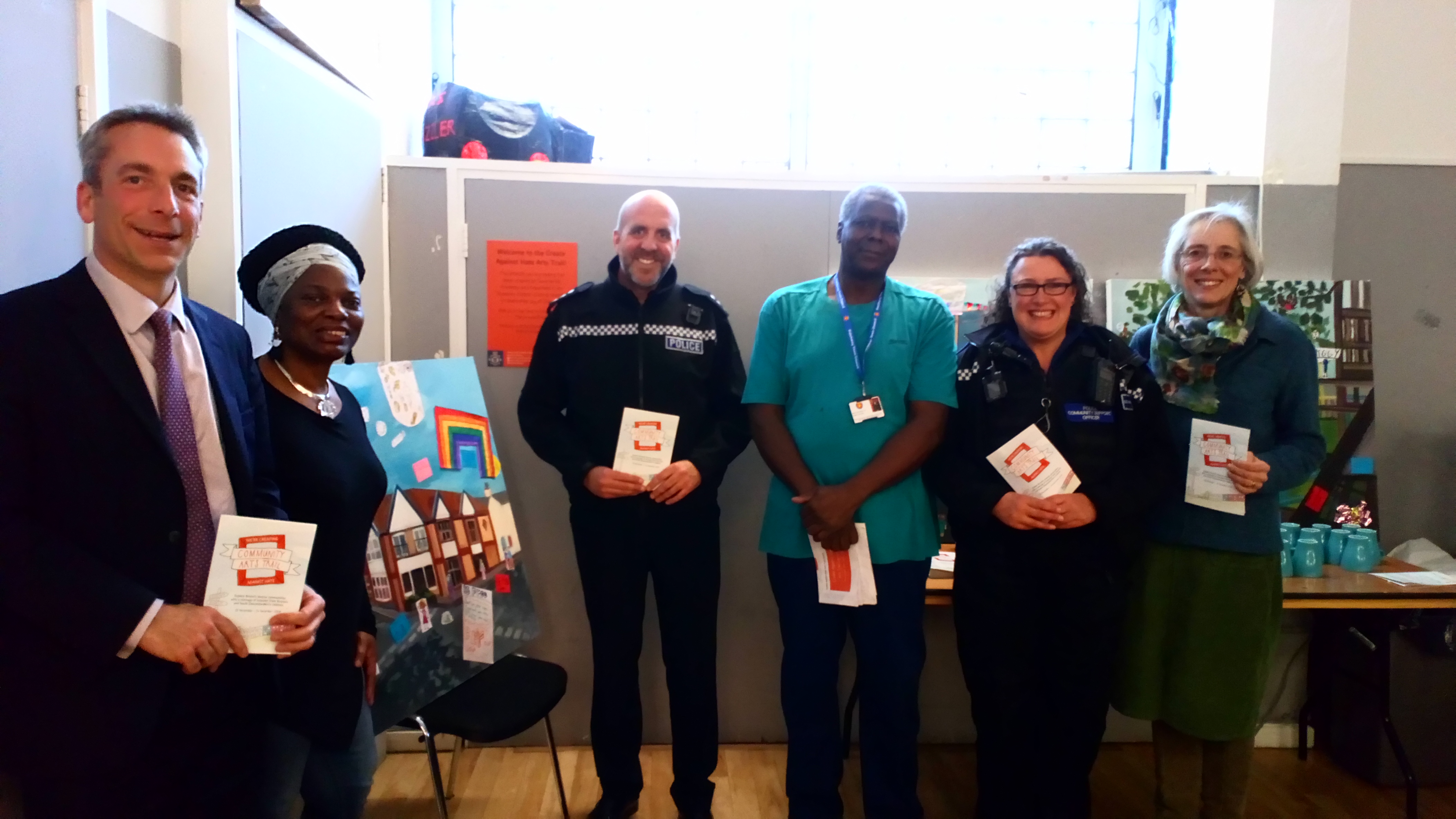 On 28th November Southern Brooks hosted the launch event for the Create Against Hate Arts Trail at Easton Community Centre. It was a great afternoon which showcased some of the creative work and the partnership working that has taken place over this project.

Easton CE Academy year 5 pupils that have taken part in the workshops were at the launch. They were fantastic ambassadors for the project, telling everyone there about what they had learned and getting up and performing some of the rolepays that they took part in during the sessions. We were also able to show a film made by Cotham School students showing their feelings around discrimination.

We had some guest speakers at the event too – Asher Craig and Marvin Rees, Chief Inspector Mark Runacres and a representative from South Gloucestershire Council.

Easton Community Centre were fantastic at looking after us and the cafe laid on some wonderful food! It was joyful event which was hopefully enjoyed by all present.  Hopefully some of them have had a chance to spread the message about the Arts Trail and maybe even have gone to see the artwork for themselves!